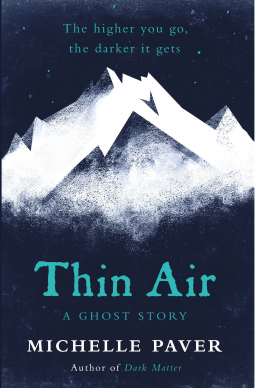 Waiting on Wednesday is hosted by Jill at Breaking the Spine, and  upcoming releases that we’re eagerly anticipating.

Kangchenjunga. Third-highest peak on earth. Greatest killer of them all.

Five Englishmen set off from Darjeeling, determined to conquer the sacred summit. But courage can only take them so far – and the mountain is not their only foe.

As the wind dies, the dread grows. Mountain sickness. The horrors of extreme altitude. A past that will not stay buried.

And sometimes, the truth does not set you free.

In 1935, young medic Stephen Pearce travels to India to join an expedition with his brother, Kits. The elite team of five will climb Kangchenjunga, the world’s third highest mountain and one of mountaineering’s biggest killers. No one has scaled it before, and they are, quite literally, following in the footsteps of one of the most famous mountain disasters of all time – the 1907 Lyell Expedition.

Five men lost their lives back then, overcome by the atrocious weather, misfortune and ‘mountain sickness’ at such high altitudes. Lyell became a classic British hero when he published his memoir, Bloody, But Unbowed, which regaled his heroism in the face of extreme odds. It is this book that will guide this new group to get to the very top.

As the team prepare for the epic climb, Pearce’s unease about the expedition deepens. The only other survivor of the 1907 expedition, Charles Tennant, warns him off. He hints of dark things ahead and tells Pearce that, while five men lost their lives on the mountain, only four were laid to rest.

But Pearce is determined to go ahead and complete something that he has dreamed of his entire life. As they get higher and higher, and the oxygen levels drop, he starts to see dark things out of the corners of his eyes. As macabre mementoes of the earlier climbers turn up on the trail, Stephen starts to suspect that Charles Lyell’s account of the tragedy was perhaps not the full story . . .

My Tweets
HFineisen is a participant in the Amazon Services LLC Associates Program, an affiliate advertising program designed to provide a means for sites to earn advertising fees by advertising and linking with Amazon.com. What does this mean? To put it in perspective, April 2015, I earned .40. Cents. Bloggers earn a very very minimal amount towards operational debits of many kinds. Buy local. Buy used. Buy anywhere. Just read and enjoy!
Loading Comments...
Comment
×
<span>%d</span> bloggers like this: