IT’S MONDAY! WHAT ARE YOU READING? 26TH JUNE

It’s Monday! What Are You Reading? is a place to meet up and share what you have been, are and about to be reading over the week.  It’s a great post to organise yourself. It’s an opportunity to visit and comment, and er… add to that ever growing TBR pile! So welcome in everyone. This meme started with J Kaye’s Blog   and then was taken up by Sheila from Book Journey. Sheila then passed it on to Kathryn at the Book Date. And here we are! 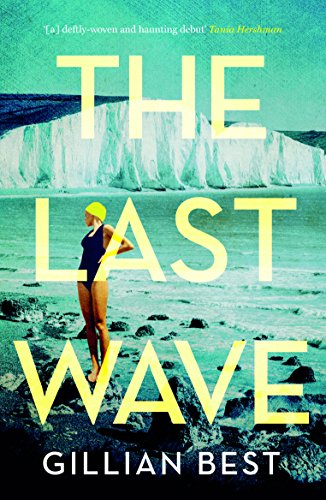 A beautifully rendered family drama set in Dover, England, between the 1940s and the present day, The Last Wave follows the life of Martha, a woman who has swum the English Channel ten times, and the complex relationships she has with her husband, her children, and her close friends. The one constant in Martha’s life is the sea, from her first accidental baptism to her final crossing of the channel. The sea is an escape from her responsibilities as a wife and a mother; it consoles her when she is diagnosed with cancer; and it comforts her when her husband’s mind begins to unravel.

An intergenerational saga spanning six decades, The Last Wave is a wholly authentic portrait of a family buffeted by illness, intolerance, anger, failure, and regret. Gillian Best is a mature, accomplished, and compelling new voice in fiction.

Worth Getting in Bed For?  Yes. This was a five star read for me. I was drawn to the fabulous cover and from the first chapter, I had a lump in my throat. Rarely do books make me cry as they can tend to be over wrought if intensely emotional. The Last Wave strikes the right balance and you get to know each character’s story through alternating chapters. And the sea! It’s own character, all – consuming for the swimmer, Martha and for the reader. There are many themes here that circle a somewhat dysfunctional family– aging parents, motherhood. Alzheimer’s, terminal illness, obsession–and all are relatable. These characters will pull you in to the story and stay with you after you turn the last page. 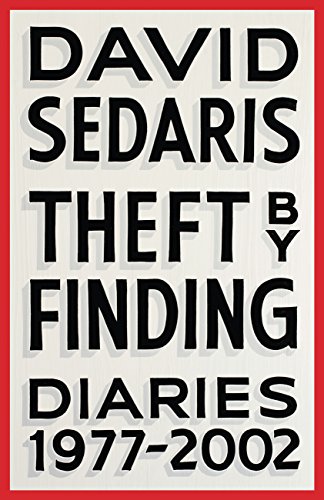 by David Sedaris (Author)
One of the most anticipated books of 2017: Boston Globe, New York Times Book Review, New York‘s “Vulture”, The Week, Bustle, BookRiot David Sedaris tells all in a book that is, literally, a lifetime in the making

For forty years, David Sedaris has kept a diary in which he records everything that captures his attention-overheard comments, salacious gossip, soap opera plot twists, secrets confided by total strangers. These observations are the source code for his finest work, and through them he has honed his cunning, surprising sentences.

Now, Sedaris shares his private writings with the world. Theft by Finding, the first of two volumes, is the story of how a drug-abusing dropout with a weakness for the International House of Pancakes and a chronic inability to hold down a real job became one of the funniest people on the planet.

Written with a sharp eye and ear for the bizarre, the beautiful, and the uncomfortable, and with a generosity of spirit that even a misanthropic sense of humor can’t fully disguise, Theft By Finding proves that Sedaris is one of our great modern observers. It’s a potent reminder that when you’re as perceptive and curious as Sedaris, there’s no such thing as a boring day.

Worth Getting in Bed For? Yes. I actually listened to this one because David Sedaris is that much better when he narrates his own work.  I have been to three of his readings over the years and each one was even better than the last. Sedaris gets better as he progresses through his diaries. I cringed, cried and laughed out loud. The worst thing about this is that it ends, rather abruptly, in 2002 and although it clearly states this in the title, I felt surprised. The next volume is already eagerly anticipated. Sedaris does great voices and his ironic tone makes for great listening. I cringed over the blatant harassment he encounters based on his sexual orientation and over his painful use of drugs and alcohol. I cried when his mother dies and his family later comes across a home movie of her. And I laughed out loud countless times.

2 thoughts on “It’s Monday, What Are You Reading?”

My Tweets
HFineisen is a participant in the Amazon Services LLC Associates Program, an affiliate advertising program designed to provide a means for sites to earn advertising fees by advertising and linking with Amazon.com. What does this mean? To put it in perspective, April 2015, I earned .40. Cents. Bloggers earn a very very minimal amount towards operational debits of many kinds. Buy local. Buy used. Buy anywhere. Just read and enjoy!
%d bloggers like this: